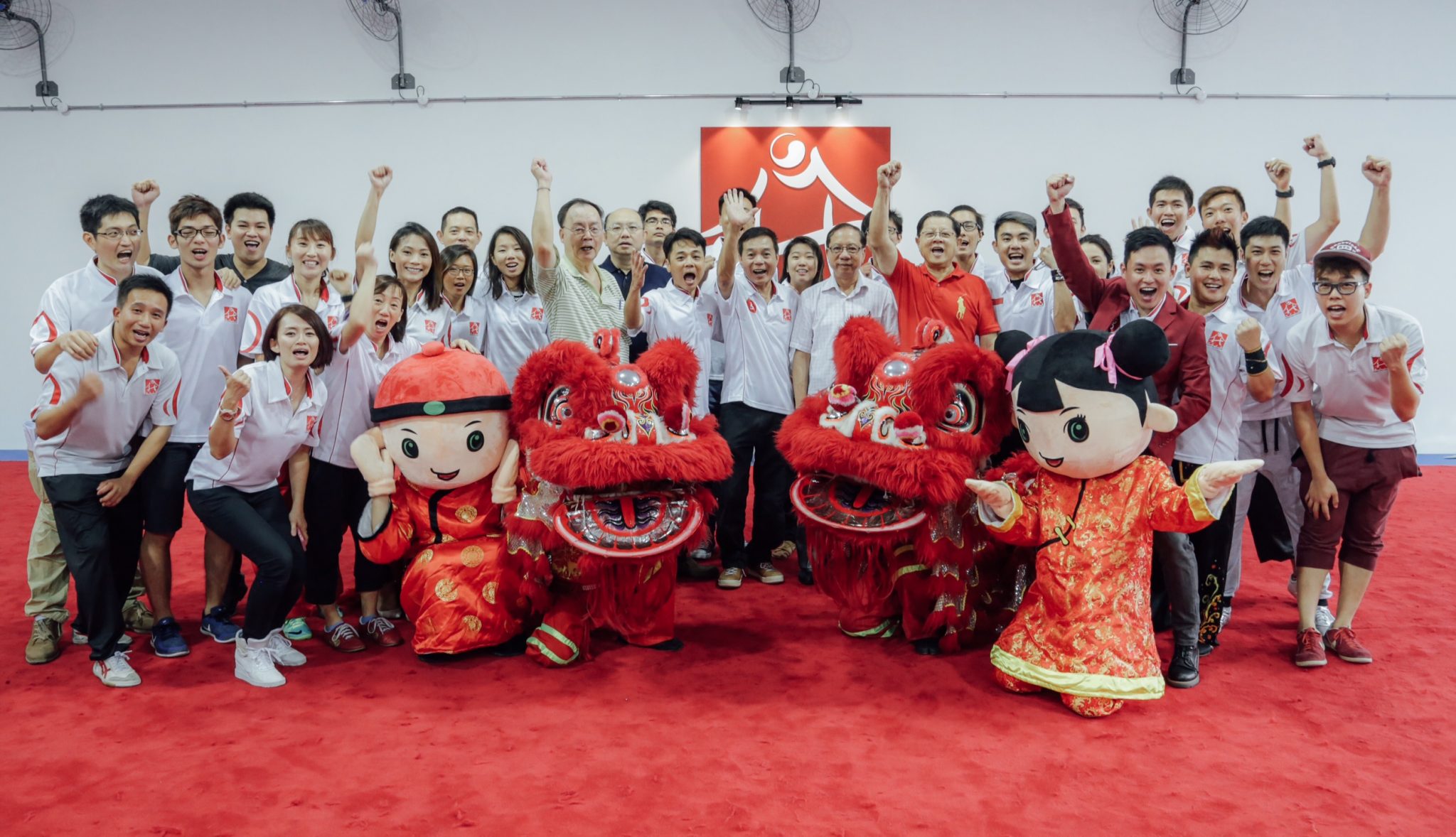 On 13 February 2016, MHQ, the new Martial House headquarters, is officially opened! More than 250 students, parents and guests were present to grace the occasion! Martial House was privileged to have award winning getai star, Lee Pei Fen to host the event!

Following was a series of Wushu performances, starting with the a group display by the students from Victoria School.

After which, a total of 25 Martial House stars delivered a massive Wushu display of the various routines including Nanquan, Taijiquan & Changquan!

A big thank you to the performers for the impressive performance that wowed the crowd! Also, special thanks to the Martial House Coaches, Kevan Cheah, Wang Kai Ting & Yap Zheng Yan for choreographing and coordinating the performance!

Once again, a big thank you to all students, parents and guests for attending the opening of MHQ. Your presence and support meant a lot to the Martial House family! Now, let’s take a look at the video montage of the event done by Ding Han Liang from Anomalyst Studio: https://www.youtube.com/watch?v=r8fJwFiJooI The new Martial House training schedule for 2016 was also released. Click here to view the schedule. To find out more about our courses, kindly contact Timothy via email at [email protected] 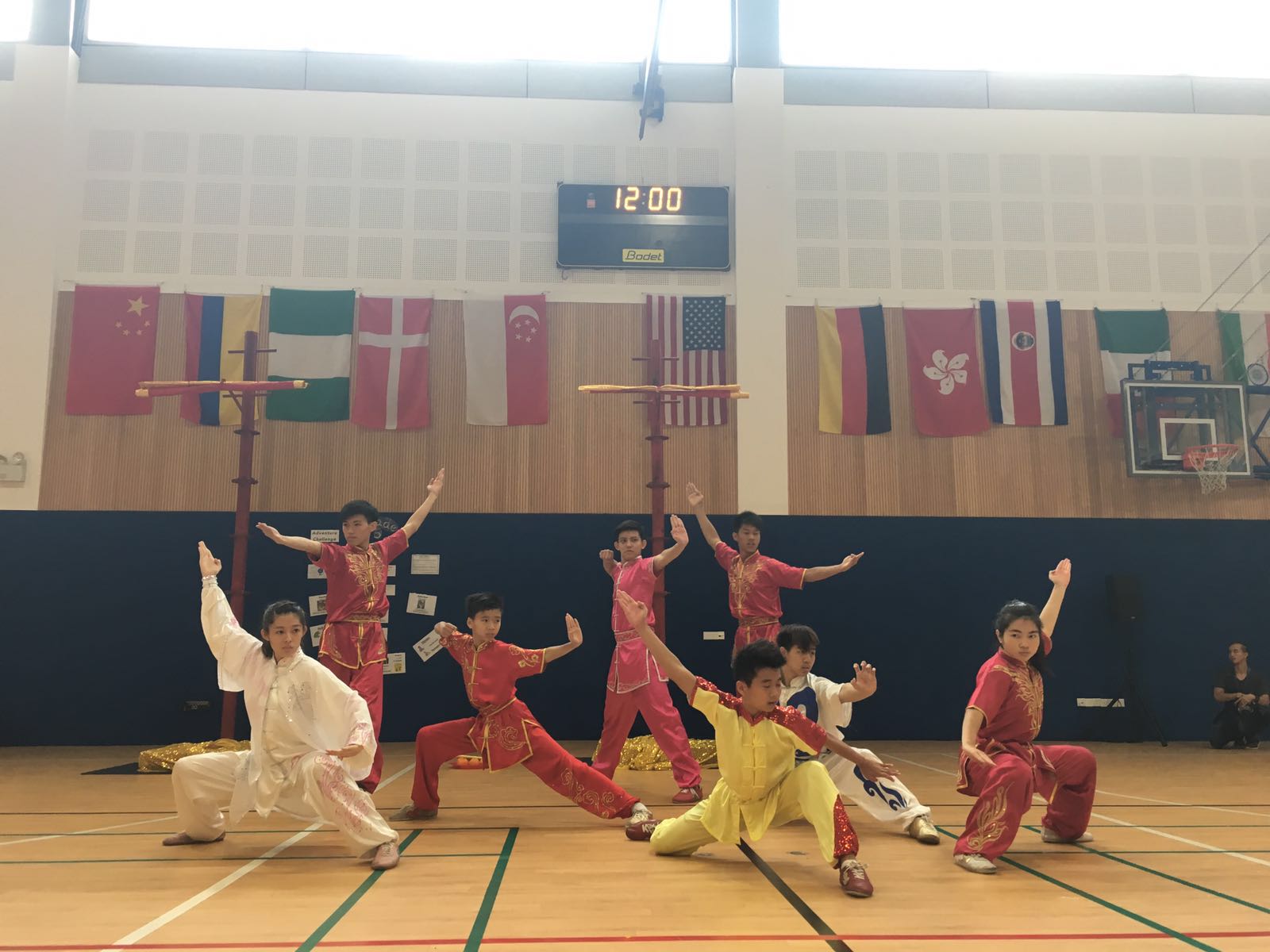 It was another action-packed week as Martial House welcomes the Year of the Monkey! The Martial House Stars were involved in a series of performances and events to celebrate the Chinese New Year (CNY). 1. Wushu Performances @ Clementi Mall (30 & 31 January 2016)

After impressing the shoppers at Clementi Mall the previous week, the Martial House Stars were back once again for more action! The performers were: 30 January 2016 a. Yap Wei Ren b. Chua Xin Qi c. Melissa Mak d. Toh Xiang Hao e. Eugene Yeo

Blogger Alexander Tan was among the shoppers who caught the Martial House Stars in action. The Stars have left an impression on him that he blogged about the performance. He even managed to film the performance and shared them on his blog! Click here to visit Alexander’s blog. 3. Ushering in the Year of Monkey with Avnet – IBM – Lenovo (2 February 2016)

For the 4th consecutive year, Martial House and Stamford American International School (SAIS) collaborated to deliver a series of spectacular performances for the students, parents and teachers to celebrate the lunar new year.

On 5 February 2016, the Martial House LED Modern Lions were invited to be part of the opening segment of the “Heineken Got Talent” event. In collaboration with the traditional lion dance team, the performers delivered an electrifying performance! Kudos to the performers from Martial House: a. Ng Teck Hong b. Caston Lim c. Shawn Tan d. Dayton Leem

To hype up the festive mood and enhance the dining experience at Orchard Hotel Singapore, the God of Fortune & Lucky Monkey from Martial House were invited to share their new year blessings with the guests. Besides the mascots, booths were set up to provide guests with CNY-related souvenirs such as the traditional dough figurines and Chinese fans with customised auspicious greetings calligraphed on them.

“Cai Qing” (a.k.a. “plucking the greens”) is a homonym for “wealth and fortune” whereby the lion(s) will dance to approach to “eat” and then “spit” the green vegetables and oranges. The act is believed to bring good luck and fortune to the business. If you would like to engage Martial House for performances, kindly send your queries via email to [email protected] 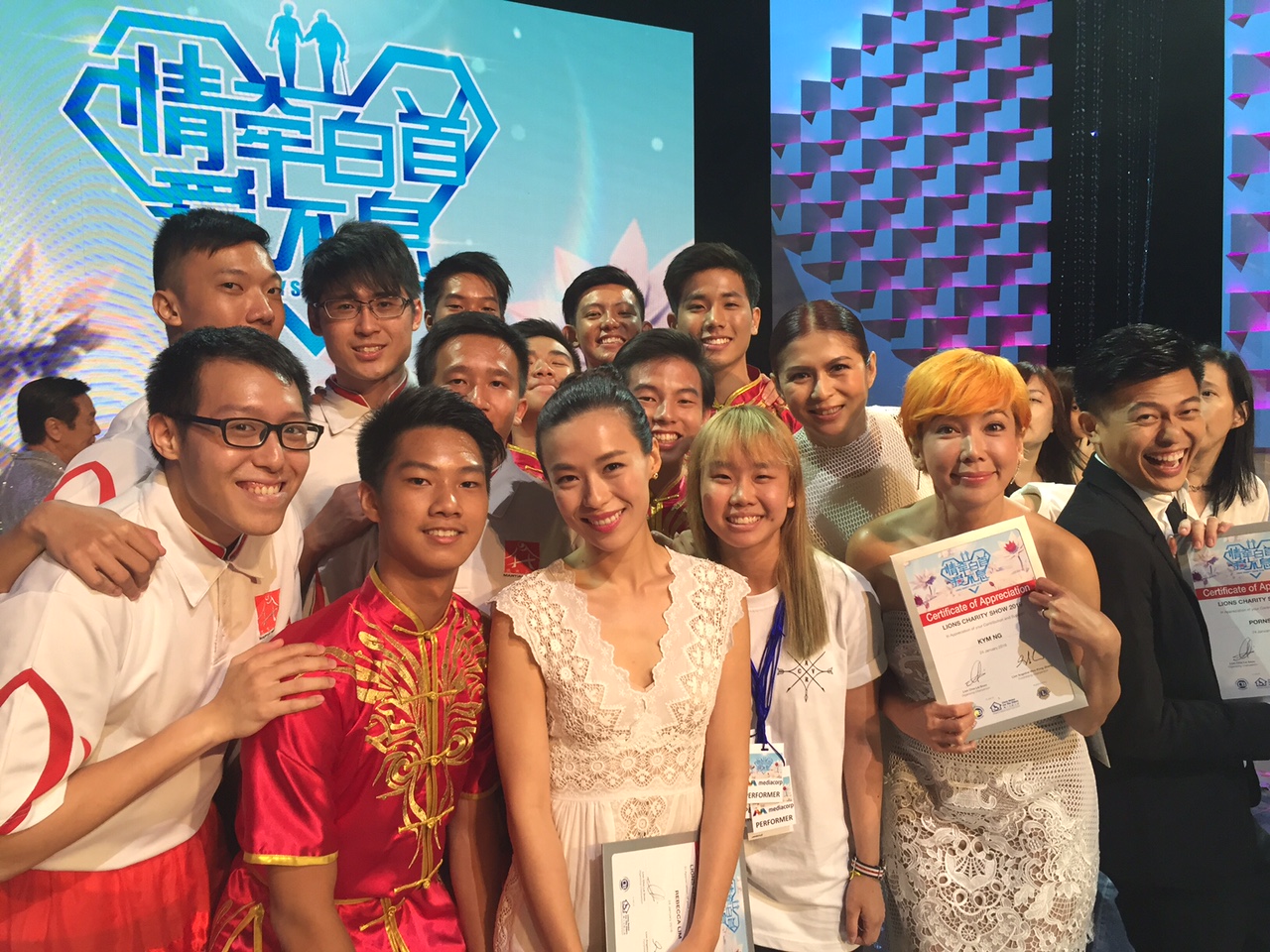 On 24 January 2016, Martial House was privileged to be part of the Lions Charity Show 2016 which was telecasted “live” on MediaCorp TV Channel 8. With the theme of “active and graceful ageing”, the show included performances by active senior citizens with local and international celebrities.

Over S$3,317,730.00 was raised through the Lions Charity Show for the Lions Home for the Elders and the Lions Befrienders, a welfare organisation that helps to improve the social, psycho-emotional and physical well-being of the elderly. The show was also the first “live” show to be held at the new MediaCorp Campus.

It was indeed a great honour for Martial House to be involved in the charity show, doing our humble part to help raise funds to improve the well-being of the senior citizens in Singapore. 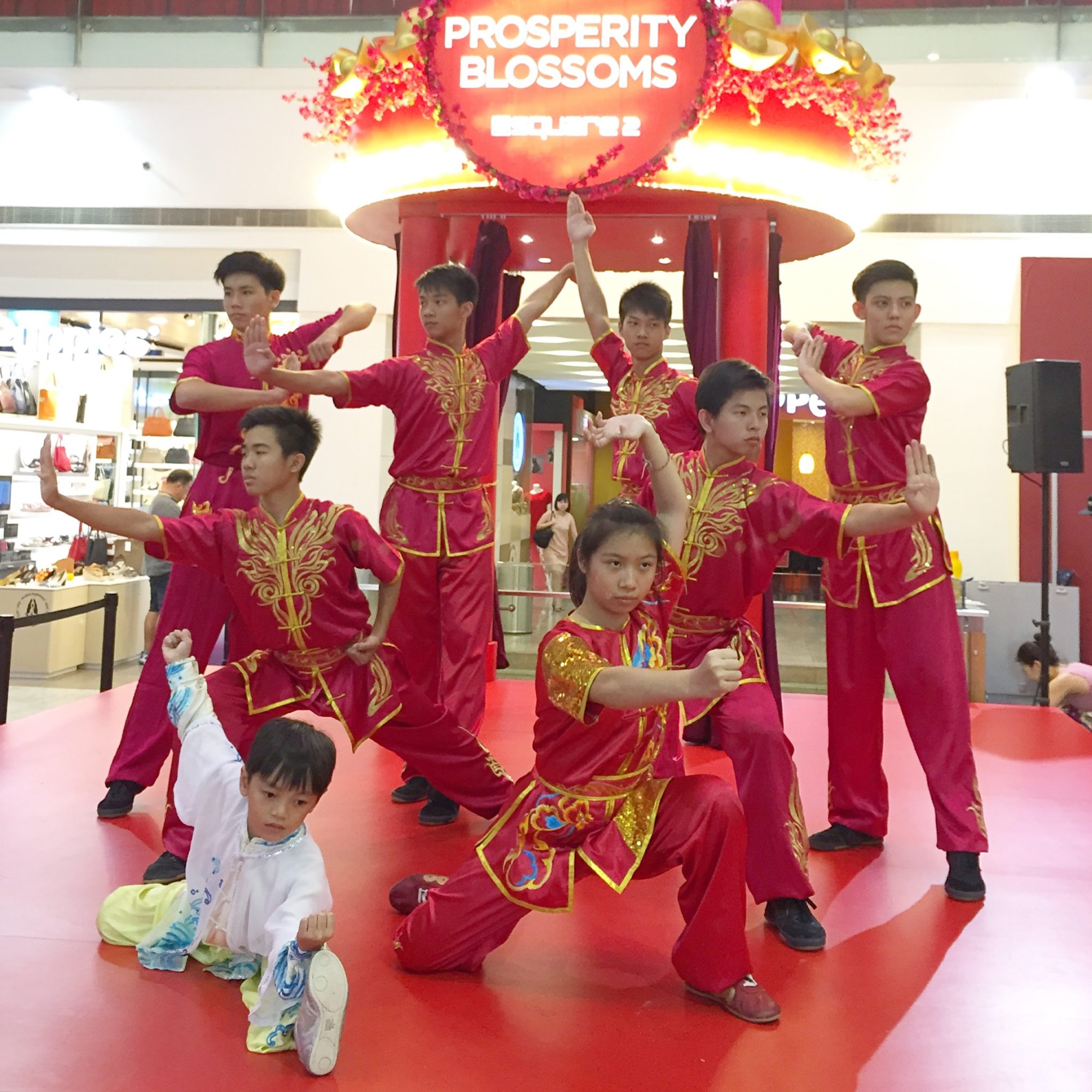 It has been an action-packed week for the Martial House Stars as they were actively involved in Wushu performances for a variety of events! As Chinese New Year is just around the corner, Martial House Stars have been invited to perform at various shopping malls and corporate events across Singapore to hype up the festive mood! 1. Wushu Performance @ Clementi Mall (23 & 24 January 2016)

P.S. The self-defence demonstration was conducted under the close supervision of the performers. Safety was ensured and no one was hurt throughout the demonstration. 3. Epson Lunar New Year Prosperity Dinner 2016 (29 January 2016)

It is confirmed that Martial House will be performing in this year’s Chingay Parade! With the theme “Lights of Legacy, Brighter Singapore”, do expect a magnificent show brought to you by the various organisational groups across Singapore!

The Martial House team for Chingay Parade 2016 is led by choreographers Gordon Choy, Xue Yong Zhi & Kevan Cheah. The participants have worked hard for their item, so do look forward to their performance in February! Click here to find out more about Chingay Parade 2016.

Also, today marks the birthday of Coach Shawn Tan! Martial House & Wushu Daze would like to wish him a blessed birthday and enjoy this special day! 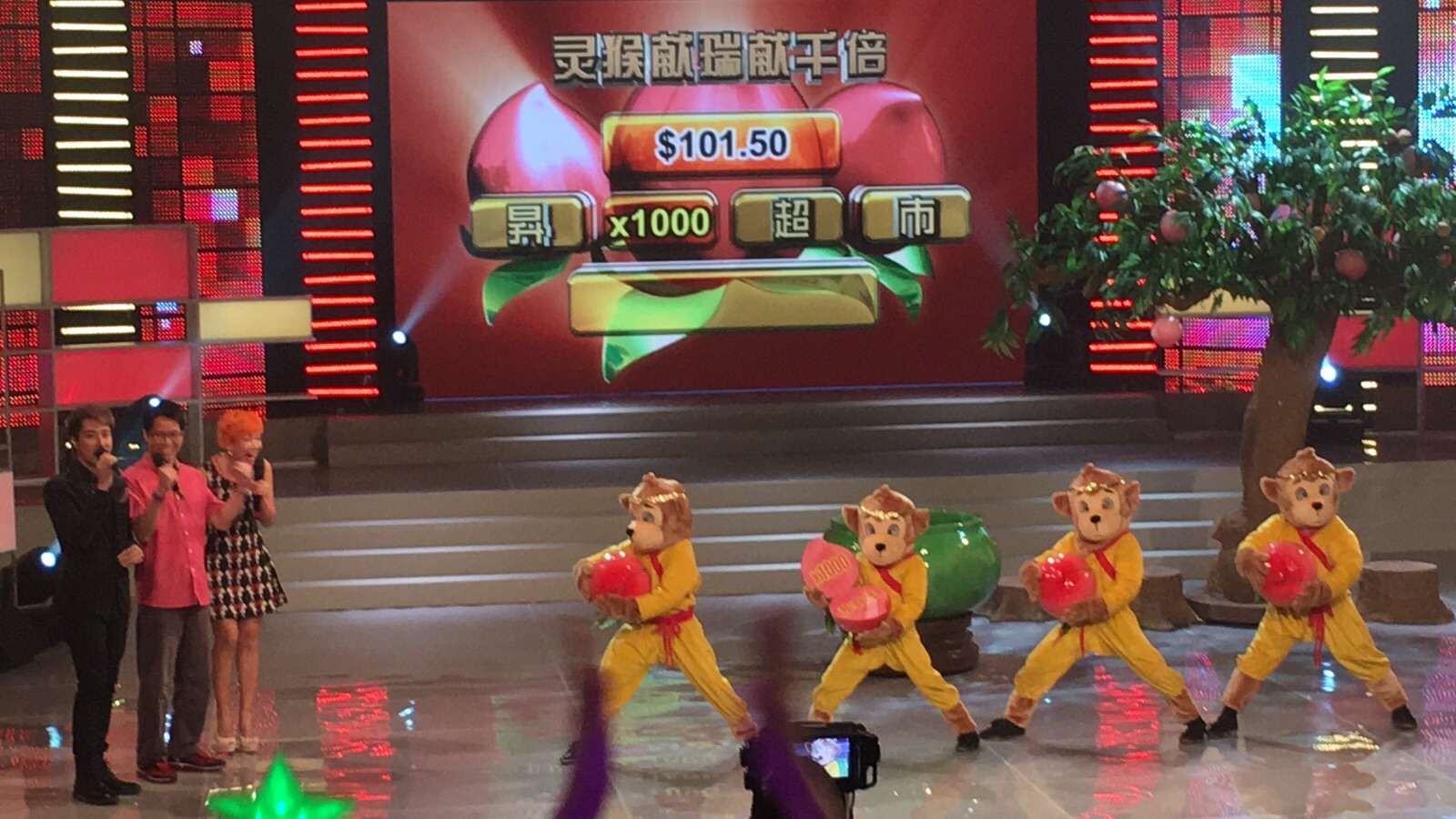 On 26 December 2015, the Martial House Stars made their appearance on The Sheng Siong Show once again!

It was a lucky week for the home viewer who was selected to be part of the grand lucky draw segment by the Martial House Stars. He managed to select the “peach” which won him highest possible cash prize! Congratulations!

It was also a lucky week for the Martial House Stars too! The Stars got to meet and snap a photo with popular Taiwanese pop singer, Alien Huang (also known as Xiao Gui)!

When asked about his meeting experience with the pop star, Wei Kai exclaimed, “I’m really grateful to meet Xiao Gui! He has been my idol since I watched the Taiwanese variety programme ‘100% Entertainment’ when I’m in secondary school!” 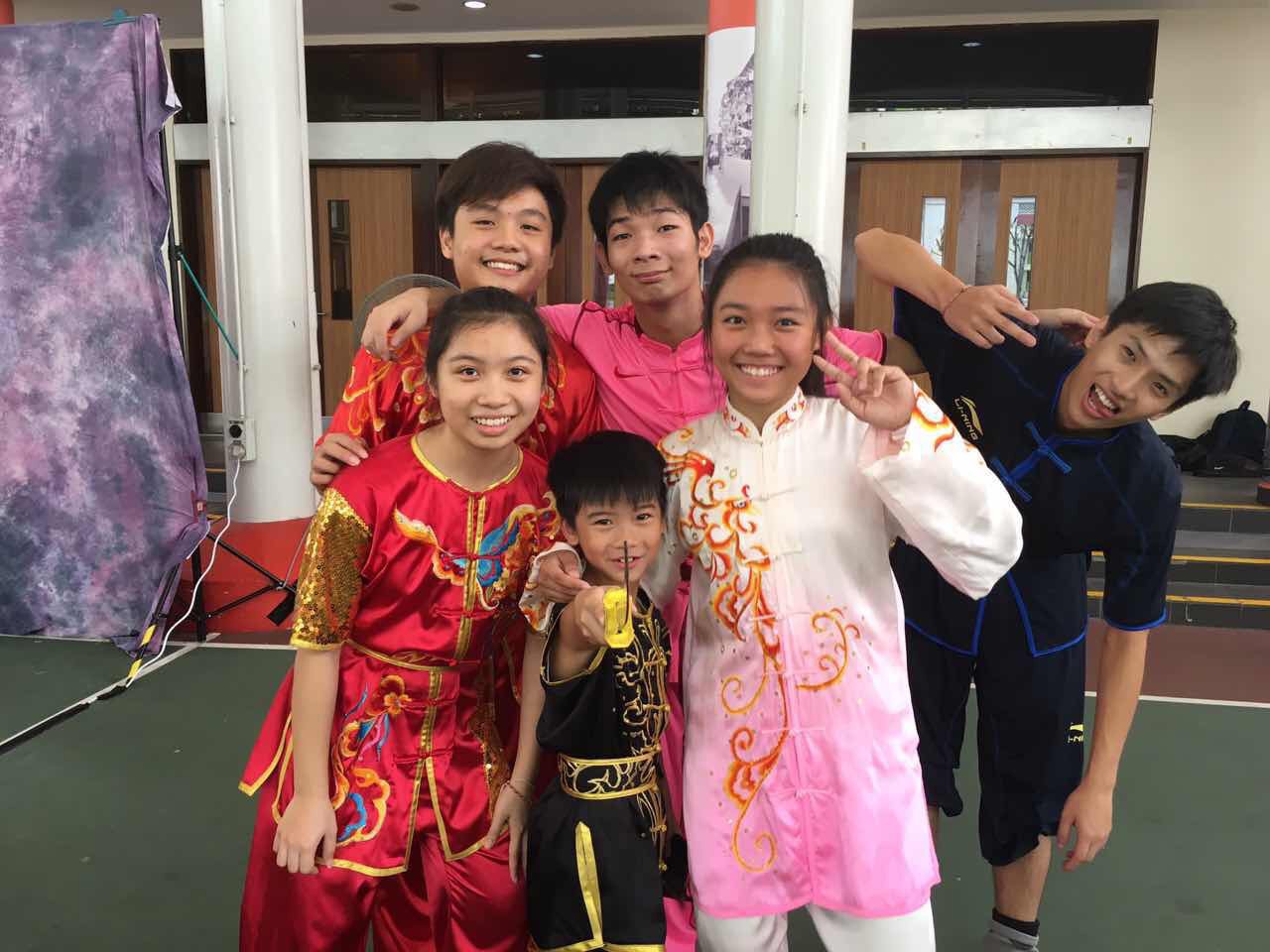 Earlier this afternoon, a team of Martial House Stars delivered a spectacular performance that garnered a thunderous applause from the audiences at Eunos Community Club!

With Chinese New Year approaching in last than 2 months, stay tuned to Wushu Daze for the performance schedule of the Martial House Stars! If you looking for performances for events, school celebrations, or corporate dinners, Martial House provides a wide range of performances! Feel free to contact me at [email protected] to find out more! 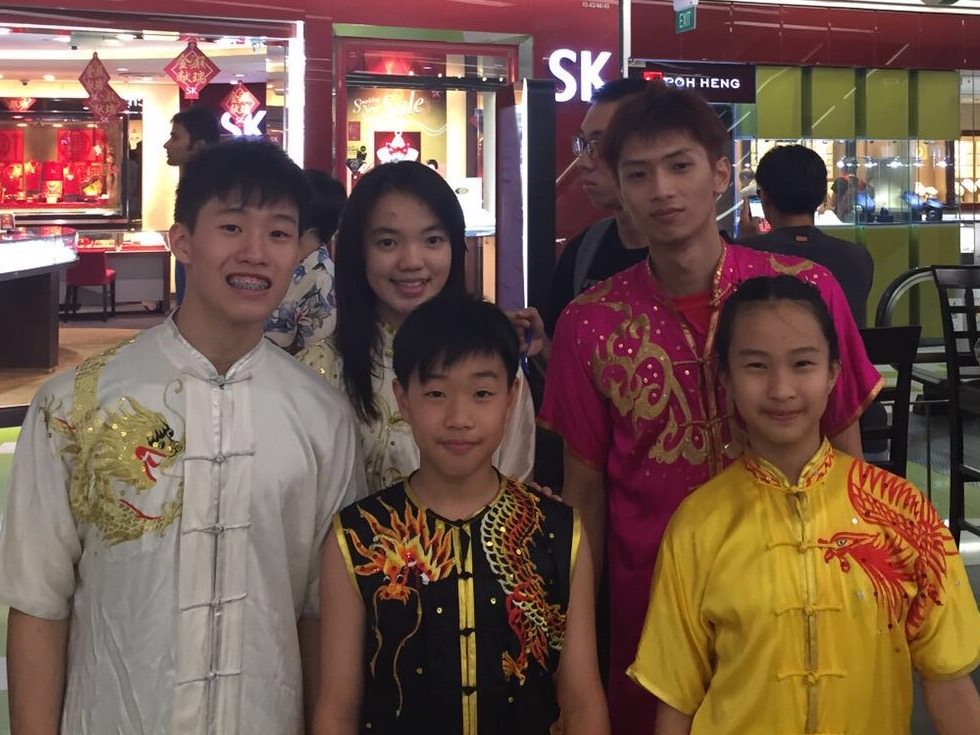 On 28 November 2015, the Martial House Stars made their debut at The Sheng Siong Show!

The show was broadcasted “live” on MediaCorp television Channel 8. The Stars were part of the lucky draw segment where they showcased a short yet adorable Monkey Fist routine.

These adorable Stars will continue to make appearance on The Sheng Siong Show in the coming weeks. Do keep a lookout for them!