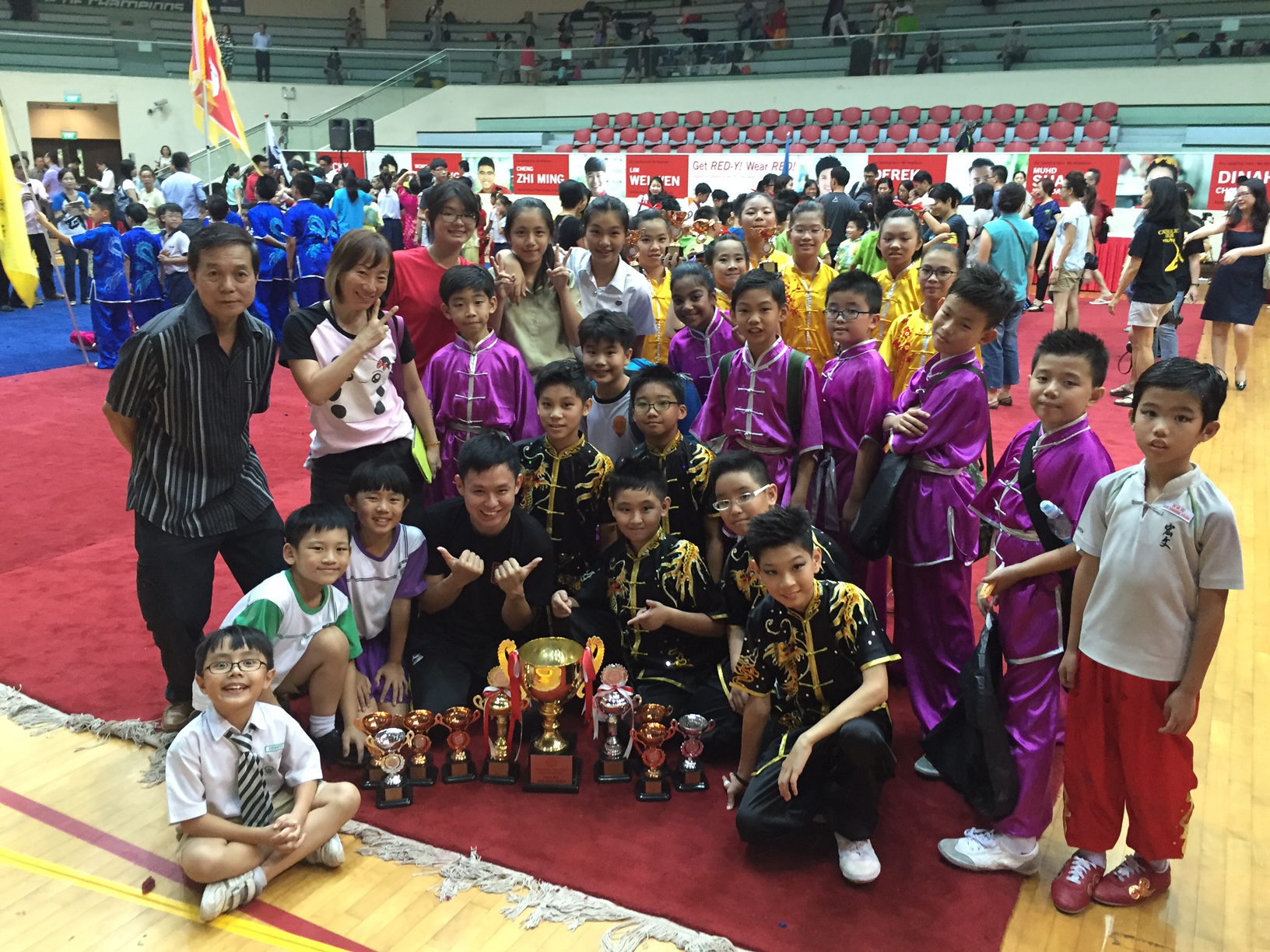 A total of 1,430 student athletes from 103 primary schools participated in the 12th National Primary Schools Wushu Championship 2016! The inter-school competition has officially come to an end yesterday after the group events were competed at Toa Payoh Sports Hall.

As such, the Martial House student athletes have attained 27 Gold, 19 Silver, 20 Bronze & 19 3rd Runner-Up, summing up to a grand total of 85 trophies!

These achievements would not be possible without the hard work and dedication of our athletes and coaches! Not forgetting the overwhelming support from the teachers, parents and alumni who were present during the competition to help our athletes to do their make-up, style their hair, look after their well-being, cheer for them, etc. Without the support from the Martial House family, the athletes would not be able to focus and perform during the competition at ease! A big thank you to all the heroes behind-the-scene who made everything possible! Now that the primary school competition is over, let’s wish the athletes who are participating in the 12th National School Games Wushu Championships 2016 the very best which has commenced today at Chung Cheng High School (Main)!